Rally Ventures creates deep partnerships with early-stage companies on the front lines of business technology. With our decades of expertise in this sector, we act as vital collaborators and guides to surround entrepreneurs with the resources they need to grow their impact and value. 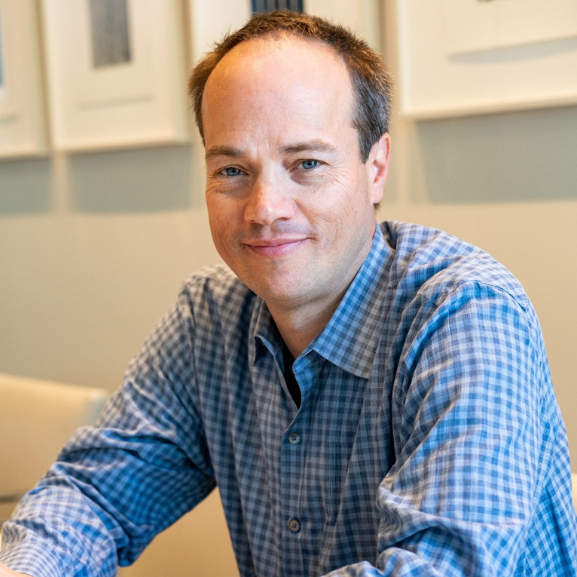 Charles has been a venture capitalist since 1997 and has focused on early-stage business technology companies throughout his career. Charles co-founded Rally Ventures in 2012 with Jeff Hinck. Prior to co-founding Rally Ventures, Charles was a General Partner at El Dorado Ventures since 2000. He started his venture career as an associate at Scripps Ventures after working as an analyst at Piper Jaffray and earlier as a systems consultant at the Mayo Clinic, where he helped design a radiology information system.

Some of Charles’ notable investments include: Coupa Software, which had a highly successful IPO in 2016 (Nasdaq: COUP); Compellent Technologies, which held an IPO and was subsequently sold to Dell, returning more than 9x invested capital; NuSpeed, which was acquired by Cisco Systems returning 55x invested capital; Verodin; and Twistlock.

Charles founded and helps produce the Node Summit conference series, which focuses on the evolution and future of web application development. He serves on the boards of AnyRoad, Blue Lava, Bugcrowd, Influ2, Picnic, Revelstoke and is Chairman of the Board of the Camp Chippewa Foundation. Charles received his MBA from Wharton and his BA from Colby College.

Jeff has been an entrepreneur, executive and venture capitalist for over 25 years. Jeff co-founded Rally Ventures in 2012 with Charles Beeler.  He has founded or co-founded numerous companies and has had the good fortune to have been surrounded by brilliant co-founders and executives.  Jeff had a successful run as a software CEO early in his career and realized his competitive advantage was in a boardroom and as an investor rather than as an executive.

Jeff serves on the boards of Crowdstreet, Foodsby, Gutcheck, JustiFi, Krista Software, Parallax, Total Expert and Yardstik, and has twice served as President of the MVCA. Jeff received his JD from Harvard Law School and his BA from Northwestern University.  He began his professional career at McKinsey & Company. 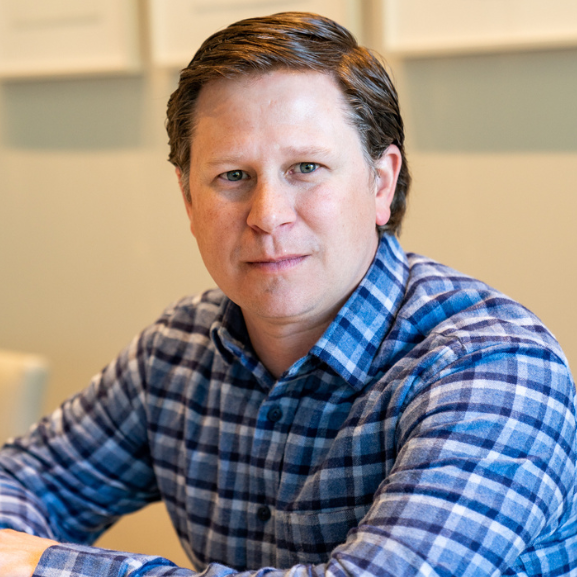 Justin has more than 20 years of strategic operating experience in high-technology, including deep expertise in Saas, payments and network effect businesses.

Justin was a Rally Technology Partner beginning in 2015 and joined Rally Ventures as General Partner in October 2019. Prior to joining Rally, Justin was CEO and cofounder of SportsEngine, one of Rally’s early portfolio companies. SportsEngine defined the SRM (Sport Relationship Management) market and under Justin’s lead, grew to provide its CRM and Payments platform to more than 45,000 paying customers, more than 35 million monthly unique platform users and more than $100 million in revenue, while growing to more than 500 full-time employees.

The company was acquired by Comcast / NBCUniversal in 2016 and continues to operate as the amateur sports division of NBC Sports. Prior to SportsEngine, Justin was the cofounder of Third North Creative which developed CMS and E-Commerce technologies for corporations.

Justin currently serves on the boards of AnyRoad, JustiFi, Kaleidoscope, Kyros, Order, Total Expert, Yardstik and Zingtree. Justin received his BA in Economics from the University of Wisconsin-EauClaire. 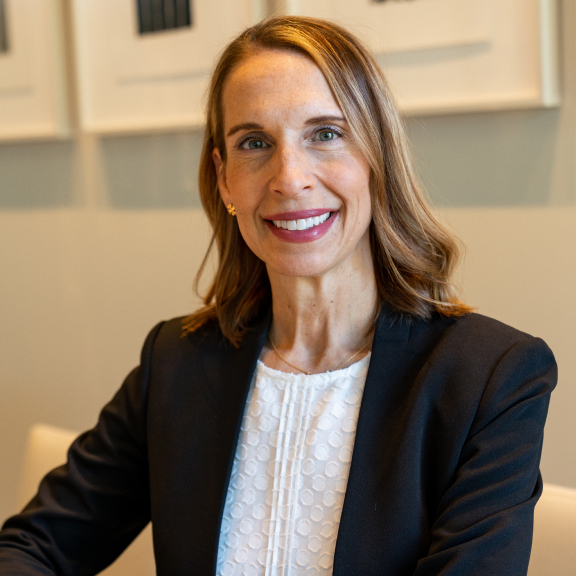 Stephanie has more than 20 years of experience in the finance industry and has spent the last 15 years in venture capital. Stephanie joined Rally Ventures in January 2014. As Rally’s Chief Financial Officer, Stephanie is responsible for the firm’s operations and financial management including legal and regulatory filings as well as investor relations, accounting, tax compliance, and financial reporting for the funds.

Prior to joining Rally, Stephanie held senior financial positions with Crescendo Ventures and Decathlon Capital Partners. She began her professional career at Pricewaterhouse Coopers, LLP (PwC) in 1995 and worked in a variety of industries but decided to focus on financial services and quickly determined the venture capital industry was where she wanted to be. Stephanie received her BA from the University of St.Thomas and is a CPA (inactive). 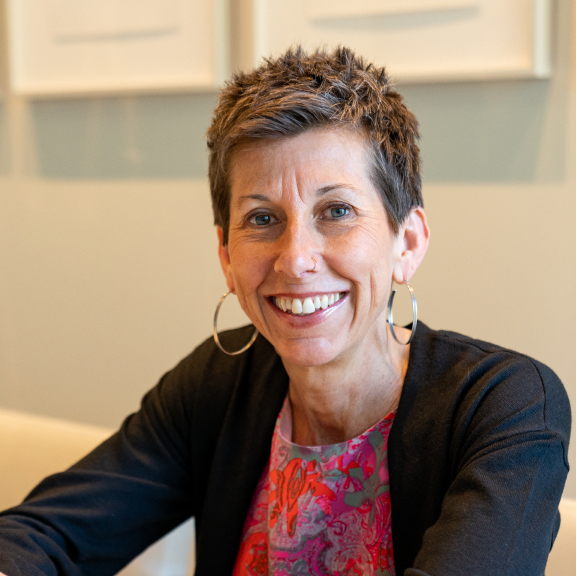 Jessi Howard has 20 years of experience in Human Resources, and she has spent the majority of her career in the technology industry.

Prior to joining Rally, Jessi helped grow and shape multiple tech start-ups, including SportsEngine, RedBrick Health and Secure Computing. Jessi received her BS from the University of Wisconsin, Stout and her MA from St. Mary’s University. 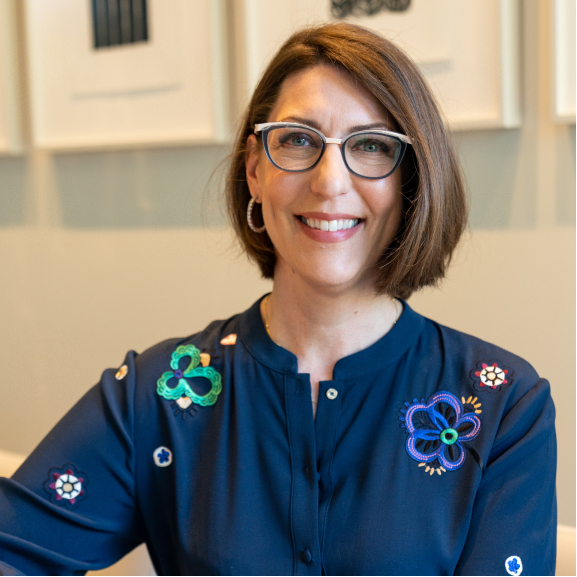 Kathy has more than 20 years of experience in investor relations and capital formation within the alternative investment and private equity industry. Kathy joined Rally Ventures in February 2019. As Vice President of Investor Relations, she is focused on managing the firm’s investor relations, marketing and corporate communications efforts. 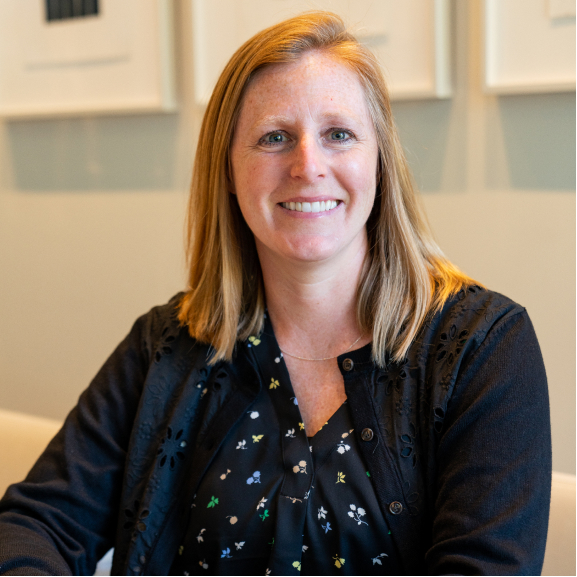 Angie has over 19 years of experience in the finance industry. She joined Rally Ventures in October 2015. As the Director of Finance, she is focused on the firm’s operations and financial management including investor relations, accounting, tax compliance and financial reporting for the funds.

Prior to joining Rally, Angie worked at various investment firms such as CarValInvestors, Galliard Capital Management and Pine River Capital Management. She started her career in the finance industry at Crescendo Ventures, where she worked with Jeff Hinck and Stephanie McCoy. Angie received her BS from the University of Minnesota, Duluth and is a CPA (inactive). 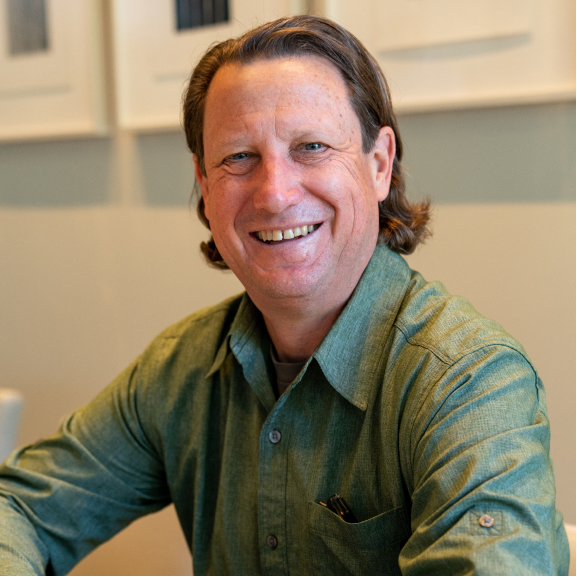 Michael has more than 30 years of experience in information technology and business development. He joined Rally Ventures in November 2018. Prior to joining Rally, Michael was the CEO of Secure-24, a leading provider of comprehensive managed IT services. During his time at Secure-24, Michael led the company through nearly 200% growth over 6 years and the successful sale to NTT Communications in 2018.

Michael served as Chairman of the board for 10thMagnitude, a leading Microsoft Azure partner that sold to Cognizant in 2020 and currently is a board member of Gappify, SpecTrust, Protera Technologies and an observer at Blue Lava. He studied Network Engineering and Management at the University of California, Santa Cruz. 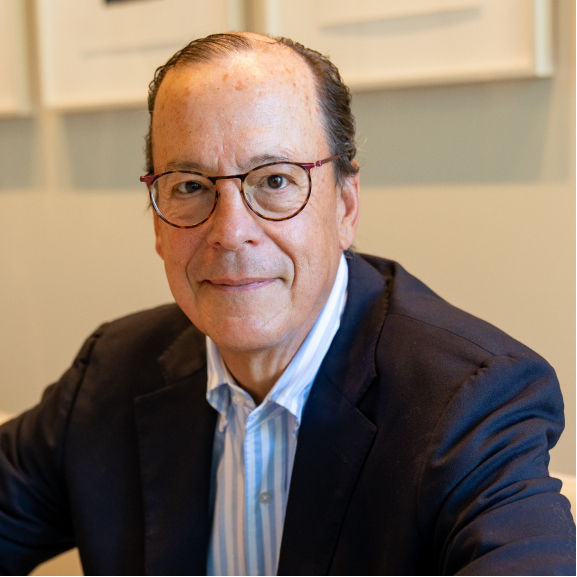 CEO for more than 30 years. He joined Rally Ventures at its inception in 2012. Prior to joining Rally, Zenas co-founded and has co-managed Vesbridge Partners since 2004. He also served as the co-Managing Partner of SPVC (formerly St. Paul Venture Capital), which he joined in 1997.

He was CEO of: Vivo Networks (acquired by Real Networks), CAECO (acquired and h by Mentor Graphics) and Control Automation (acquired by Universal Instrument).

Zenas served as a board member of PictureTel, Natural Microsystems and Concord Data Systems and currently serves on the boards of Audit Comply and SynSaber. He started his career at Bain & Co. and BNY. Zenas received his MBA from the University of Chicago and his BA from Dartmouth. 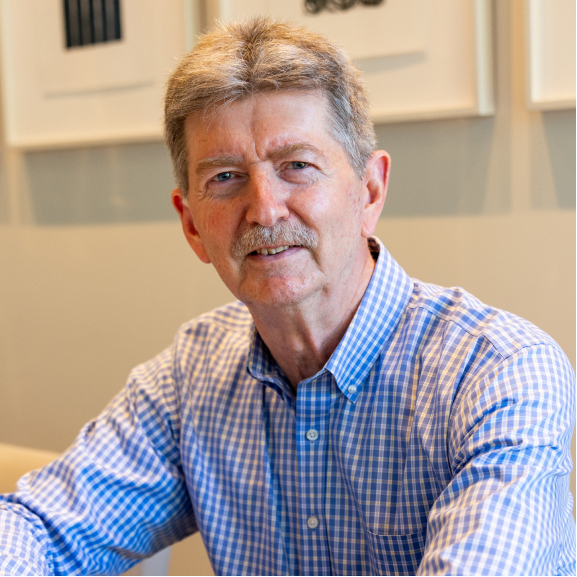 Tom has been a venture capitalist for more than 30 years and is a veteran early-stage technology investor, focusing on enterprise software and infrastructure companies. Tom joined Rally Ventures at its inception in 2012 as Venture Partner. Tom was one of the founding members of El Dorado Ventures in 1986 and drove the bulk of the returns for the firm during his career. He began his venture career in 1984 with Union Venture Corp., the venture capital arm of Union Bank. Prior to joining Union Venture, Tom held engineering and management positions with Hewlett-Packard and General Electric.

Tom serves on the boards of Appdome, Clinical Research IO, Epoch and Rev, and is a board observer at DecisionNext and PieEye. Tom received his MBA from UCLA and his BS from Iowa State University. 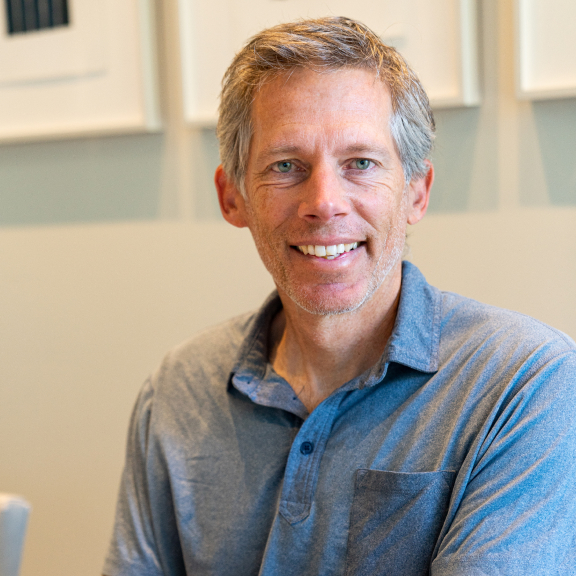 Jay Borenstein has 25+ years of experience as a founder, operator and investor. He is a lecturer of computer science at Stanford University with a focus on virtual reality, software engineering and entrepreneurship.

Jay founded Integration Appliance and served as the CEO through 2007. He was previously the Managing Director at Chmod Ventures, which was a satellite fund of Lightspeed Venture Partners. Jay currently serves on the board of ManageXR.

Jay studied both as an undergraduate and graduate student at Stanford University. 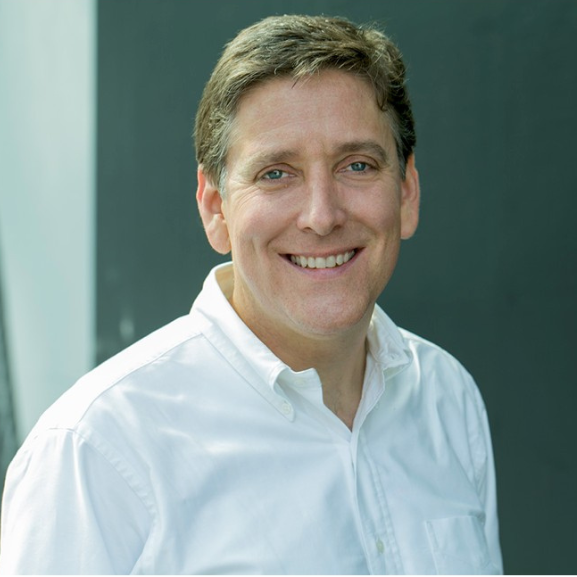 From 2008 to 2022, Ben worked at Google, where he was Vice President, Chief Information Office, and New York office Site Lead. As Chief Information Officer, Ben oversaw the creation and deployment of technologies and systems that power Google’s enterprise and make Googlers uniquely productive, during a period of historically unprecedented growth. Ben has a diverse background in systems engineering and software development. He has led development of mission scheduling software for NASA at a Bay Area startup and spent over a decade at Morgan Stanley, where he rose to the level of Managing Director and led teams responsible for software development, internet infrastructure, and business intelligence. 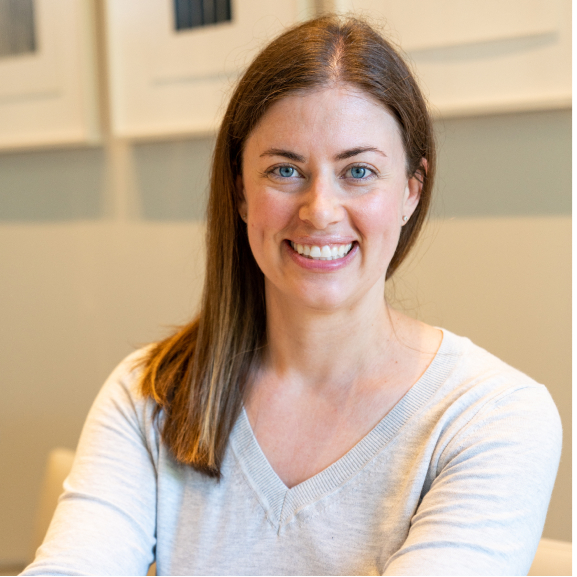 Rachel is a marketing professional with twelve years of experience in communications, digital media and relationship management.

She joined Rally Ventures in July 2020. As the Marketing Manager, Rachel is responsible for the firm’s marketing, editorial content and digital media.

Prior to joining Rally, Rachel led marketing and communications for Questscope, a humanitarian organization based out of the Middle East. Rachel’s experience also includes positions with The Collaborative, a member organization for Minnesota entrepreneurs and investors, and Second Street Media, an audience engagement software platform. 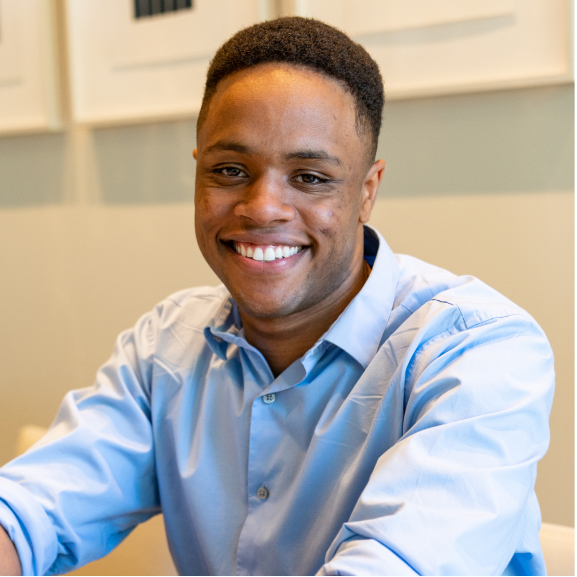 James joined Rally Ventures as an Associate in September 2020.

Most recently, he was a Summer Associate with Rally. James graduated from Colby College, where he majored in English and double minored in Managerial Economics and Mandarin Chinese.

Outside of the classroom, James spent his time as a member of the Track and Field team; as the Head Staffing Tutor of the Writers’ Center; as a Co-President of the Student-Athlete Advisory Committee; and as a Clerk for Student Financial Services. 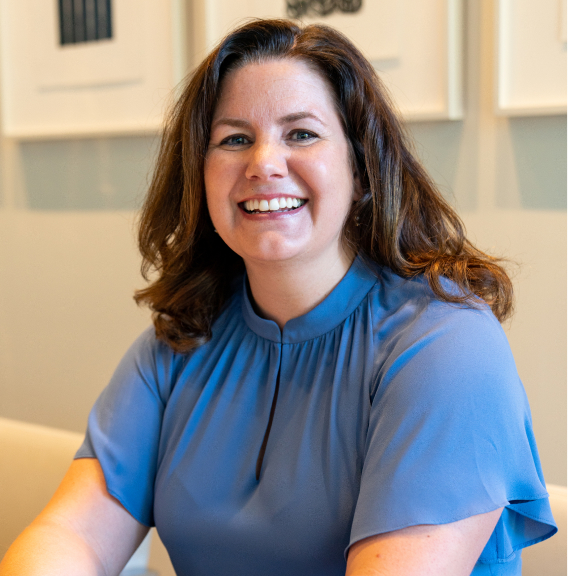 Get the latest news and actionable advice.